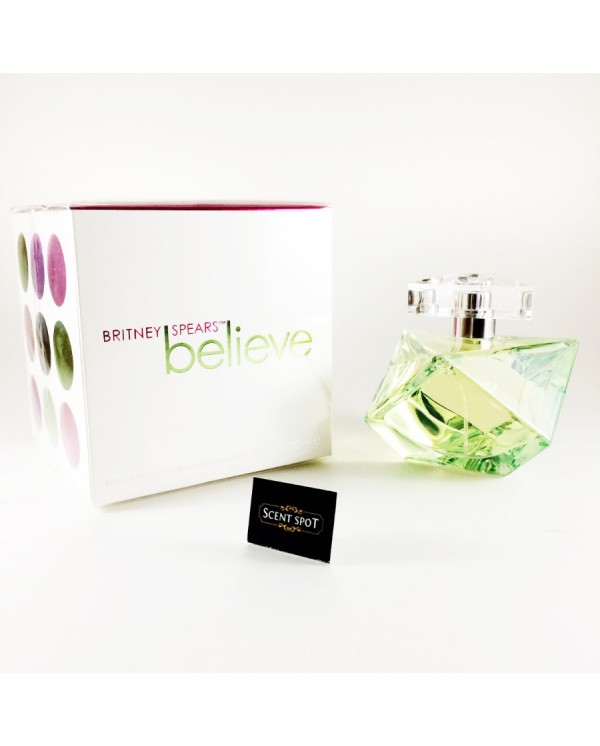 Description What's in the box Reviews (0)

This is a new Britney Spears fragrance, the second fragrance launched by Britney in 2007. The new fragrance, Believe, is promoted with the slogan, "The greatest freedom is to believe in yourself". Unlike her previous fragrances, which came in cute, girlish toy-like bottles, Believe comes in a triangular bottle of straight and sharp lines. The green color of the fragrance alludes to its fresh character. Believe is aimed at young and romantic girls.


Your Review: Note: HTML is not translated!